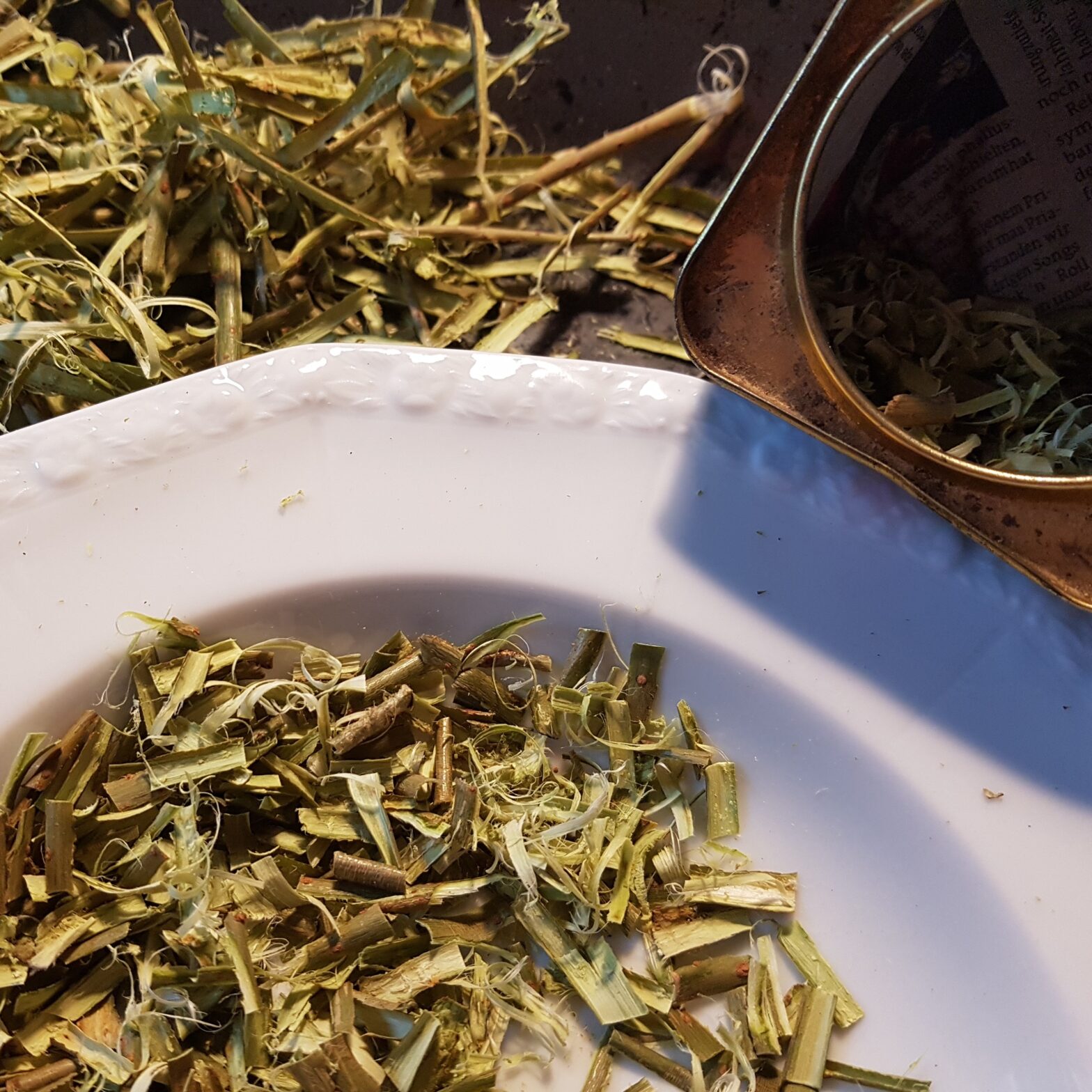 As we get more and more into foraging the plants in our garden get eyeballed and examined for their use. I came across the use of willow while reading “The year of the flood” by Margaret Atwood. One thing is the use, what to use it for and if there’s any medical prove. The other is how to get it. Wikipedia answers the fist question quite well, for the second I have gathered some hints online

The use of willow bark tea

“The active extract of the bark, called salicin, after the Latin name Salix, was isolated to its crystalline form in 1828 […] separating out the acid in its pure state. Salicylic acid, like aspirin, is a chemical derivative of salicin.” Wikipedia

“Salicin is produced in (and named after) willow (Salix) bark and acts as an anti-inflammatory agent in the human body.” Wikipedia

Here’s the preparation I’ll follow for now. I will report on the effects and changes of the recipe and production as updates in this article.

One tablespoon of dried willow bark chips per cup of water. I’ll probably prepare 3 tbs with 3 cups of water to make it worthwhile.

Boil the bark water mix for about 10 minutes, turn off the heat and let it steep for another 30 minutes.

Getting the willow bark

The silver willow in our garden started as a stick for a small fence which decided to grow into a tree. We keep cutting it back, and it keeps returning. So we thought about using it. One use is the willow bark as medicine. The other is my project of weaving the branches into a compost bin.

Update 31.10.2020 The weaved willow branch compost bin came to life this week. I wrote about it in German though…

Is this even the right kind of willow?

I think so… We looked through some books and the internet and it looks a lot like a silver willow.

I harvested on friday the 23rd of october 2020. Possible improvement: My research said to better harvest in spring when the tree is breaking buds. Hopefully I’ll think of it then. I cut of branches and did cut the bark of those.

The cut of pieces were dried in the oven. I just kept the light on in the oven for about 3 hours and 2 days later I did cut the pieces into even smaller pieces and now I am storing it in a old teal tin box lined with newspaper.

Something else I would like to try then is willow bark extract.

Now, let’s wait for a headache 😉

Edit 27.10.2020 I had a massive headache this afternoon and thought of making a willow bark tea – I went for a walk instead, because waiting for a tea for 30min while probably focusing on my headache didn’t sound too appealing. When I came back in I felt better already.